Bouncing vs. Exporting From Logic to Ableton

There are a lot of guides out there, but I found this one especially helpful: https://productionadvice.co.uk/using-eq/.

Not sure how I didn’t know this before. Adjust track height with ⌥ (option) + up/down and timeline width with ⌥ + left/right.

Thoughts on Headphone Amplifiers - Should I Get One?

Should I get one? Probably not for 300 Ohm headphones.

An Analysis of Impedance

Below is a conversation I had with a friend who asked me if I used a DAC for my HD 650 mixing headphones.

I do have a DAC (Apogee One) and was experimenting between using it and my MacBook/iMac’s output. Kinda can’t hear a differece yet in audio quality.

The output impedance (of the computer/audio jack) must always be lower than the consumer’s (headphone’s) impedance. This priciple also true in live sound: when plugging a mic into a mixer, the mic’s impedance must be lower than the mixer’s receiving impedance—otherwise you use a DI box.

The rule of thumb for this ratio is a factor of 8. Most consumer headphones have an impedance of 16-32 ohms, so the output impedance of the MBP’s/iMac’s jack is probably 2-4 ohms.

If the ratio is not safe—suppose the MBP jack had an output impedance of 10 ohms—then the frequency response will be altered in the headphones. This could lead to a different spatial response/altered EQ/etc. and depends on the actual headphone design.

In comparison, the HD 650 has a nominal impedance of 300 Ohms — so it’s ratio is 100x! Quite safe from distortion there.

What you/I will notice is that for the same volume setting on the laptop, the volume will be sofer on the HD650s — because of the nearly 100x impedance ratio. It requires more power to drive it. But as long as it’s loud enough, I think you will be fine.

Hi end mixing headphones have high impedances for the same reason high quality guitar mics have high impedances — they have more coils in the wire, allowing for a better high frequency response. Having the high impedance also makes them conistent—no matter what they’re plugged into, they easily meet the rule of thumb of 8x, so the sound will be identical with no distortion.

Headphone amps work the other way: they basically create a near zero output impedance so that no matter what headphones you use, there will be no distortion.

Do individually calibrated headphones from Sonarworks make a difference? Yea!

Is it worth the $149? IMO yes, especially because of how it cleans up the sound. (It is worth noting that not all headphones normalize with EQ calibration well, but the HD 650s do.)

Below is a comparison of the average calibration curve to the individually tailored one.

The corrections in the 10kHz range are particularly interesting!

Sonarworks’ Average of all HD650s Calibrated 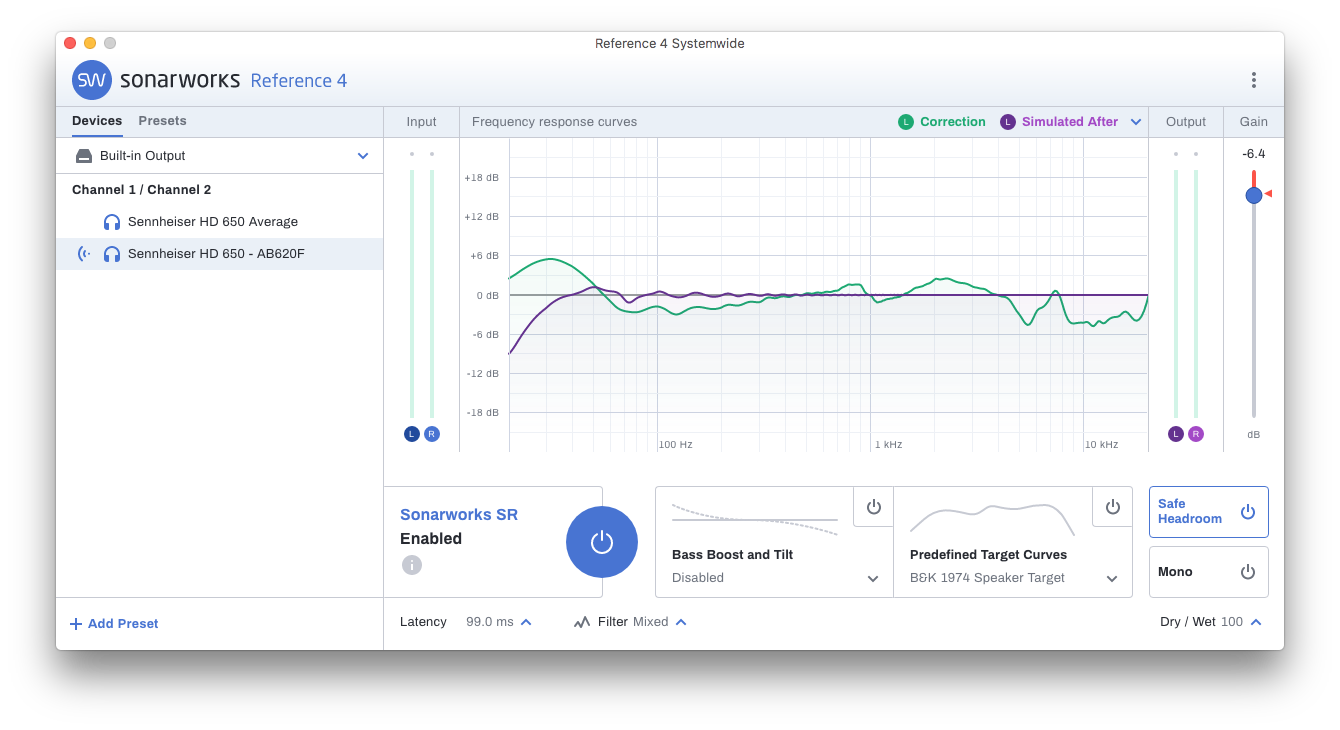 How to Install Individual Plugins from a of Waves Bundle

Plugin not Visible in Logic Project

How to Decode Shortened Plugin Names in Logic

Not sure why something like this isn’t on Celemony’s site, but PluginFox has a nice comparison chart.

Cannot Find Battery Libraries Over and Over

Include Mixer Changes to the Undo History

Soundtoys 5 installs all plugin formats to the following locations. It has no customize option.

Kind of feel like I can’t trust either yet. Need to try another model.

My friend described his HD 650 unboxing as:

When I first put them on, I was actually somewhat unimpressed. I thought to myself, “Wow is this it?” But then I compared it to my HD 280s (noticed a little difference), put the 650s back on, and the difference was immediately apparent. It was a huge relief actually. Everything just sounds so natural and how it’s supposed to sound. I think that’s why I was initially unimpressed. Everything just sounds like it’s supposed to sound. No extra coloration or anything.

It’s worth noting that Sonarworks has an HD 650 review and uses the 650s themselves but an HD 600 review isn’t present.

I was surprised by this warning when I was opened a stereo project. 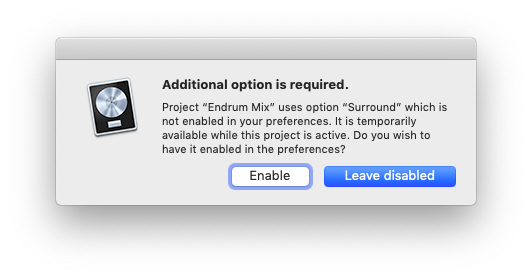 Turns out an effect was using binaural panning. This means when using headphones, the listener will hear a simulated surround sound (after all you only have two ears for real surround sound too). 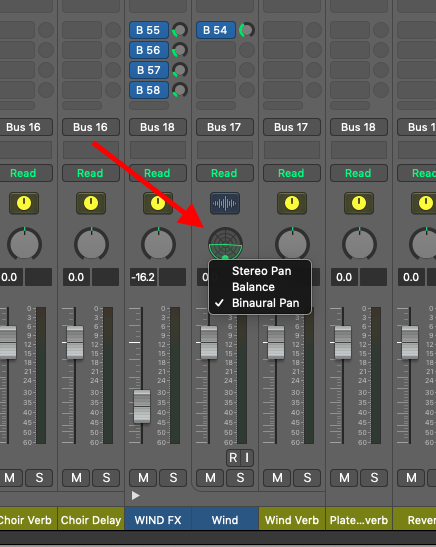 Interestingly even with the setting disabled in Preferences, I can still hear the effect with headphones as I drag around the puck…

Which Plugin Format for Logic X